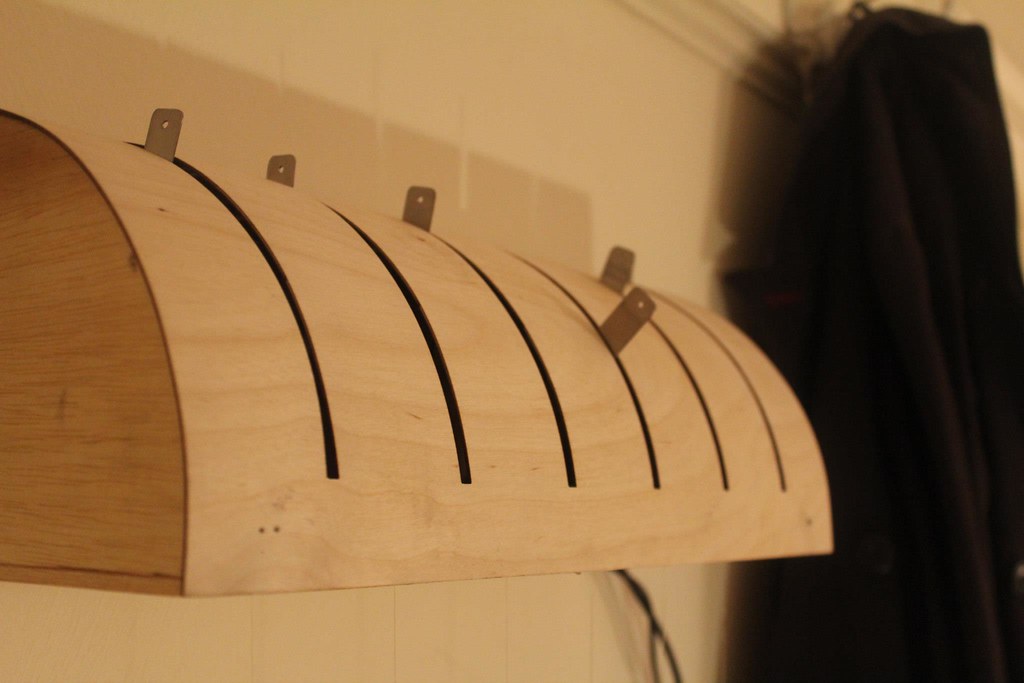 Traffic State is a physical visualisation of traffic in New York City, based on live data provided by the city’s transport authority. It is a response to a brief called 21st Century Barometers — physical devices which live in a domestic environment and provide useful daily data from the internet. The metal links hung below provide a mechanical graph of the average traffic speed for the past few hours.

Working with a team of one other interaction designer and a product designer, we prototyped a number of different versions, from cardboard and string to the final version with laser-cut plywood. I developed a simple Processing program to parse the data and send the average speed to an Arduino inside the device, which updates regularly and powers the servos. 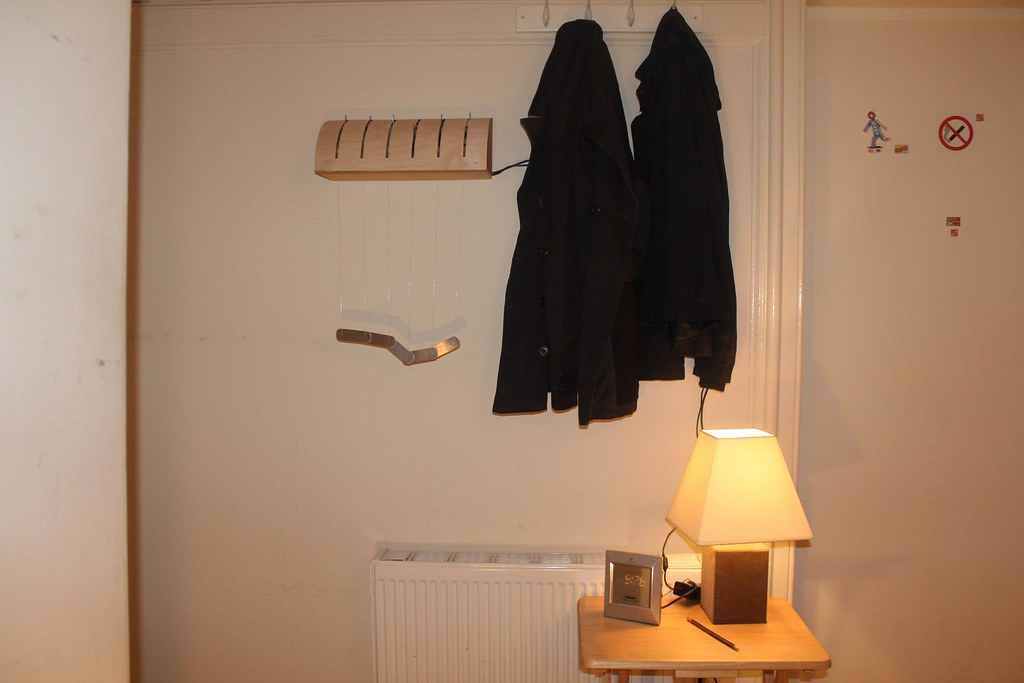 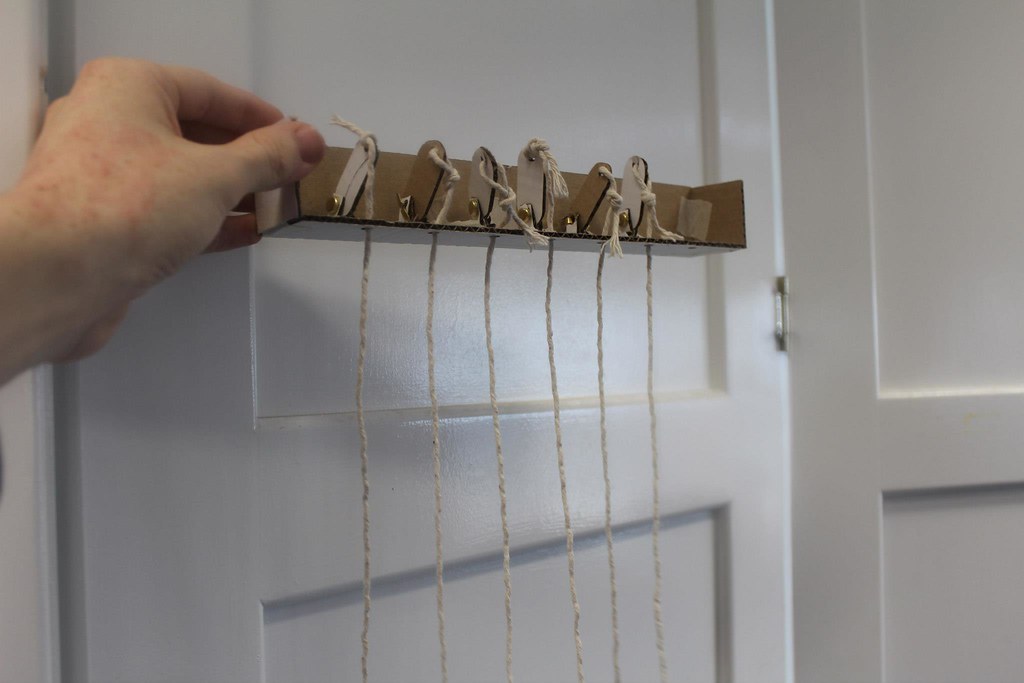 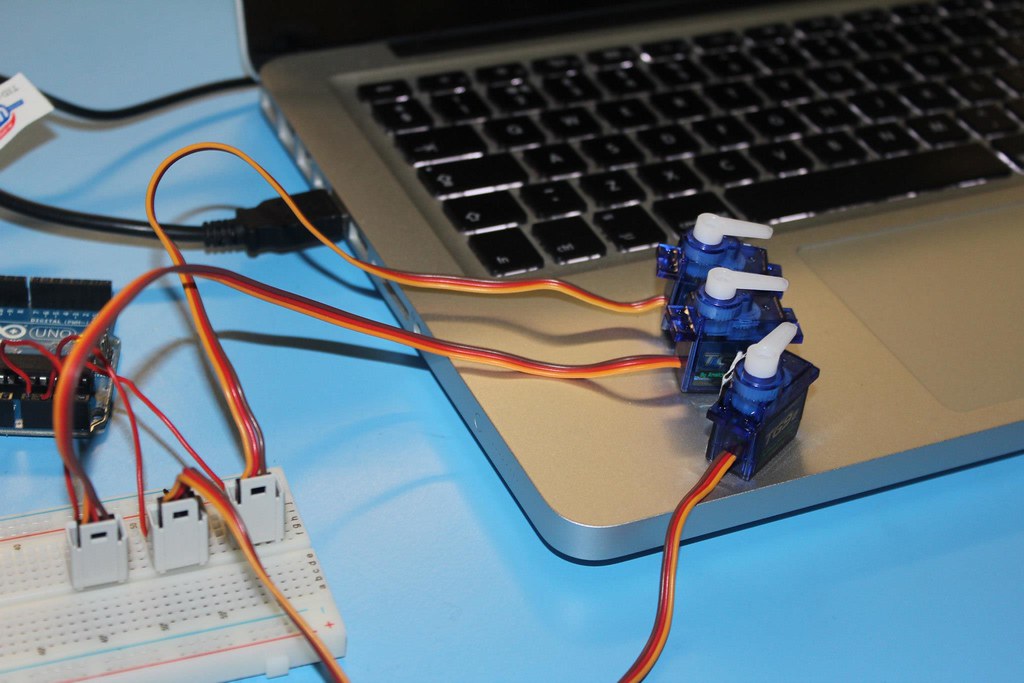 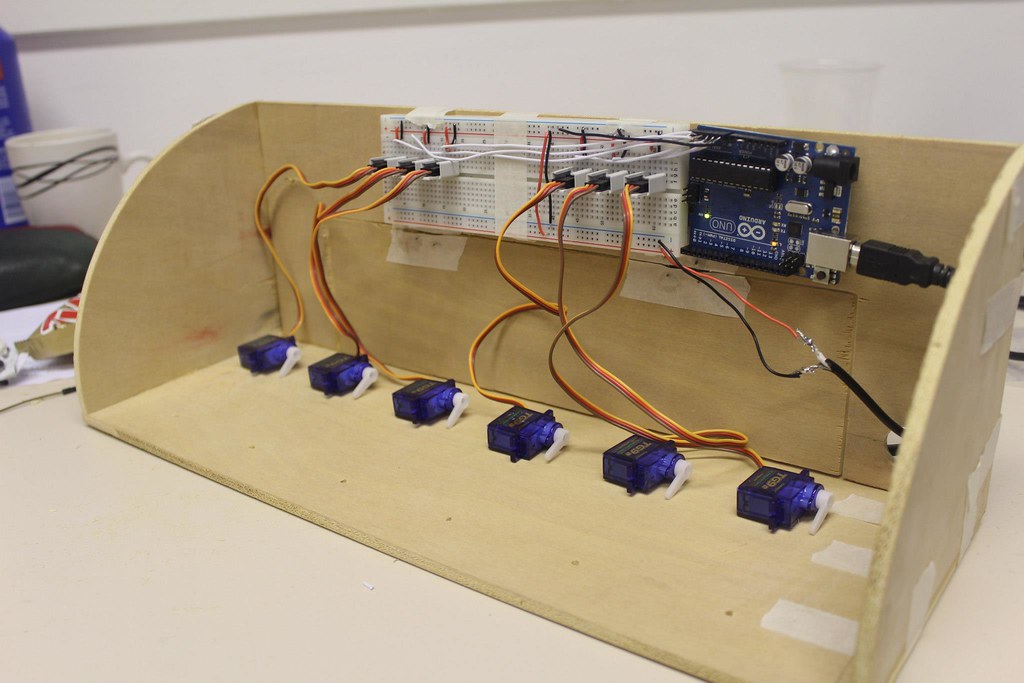 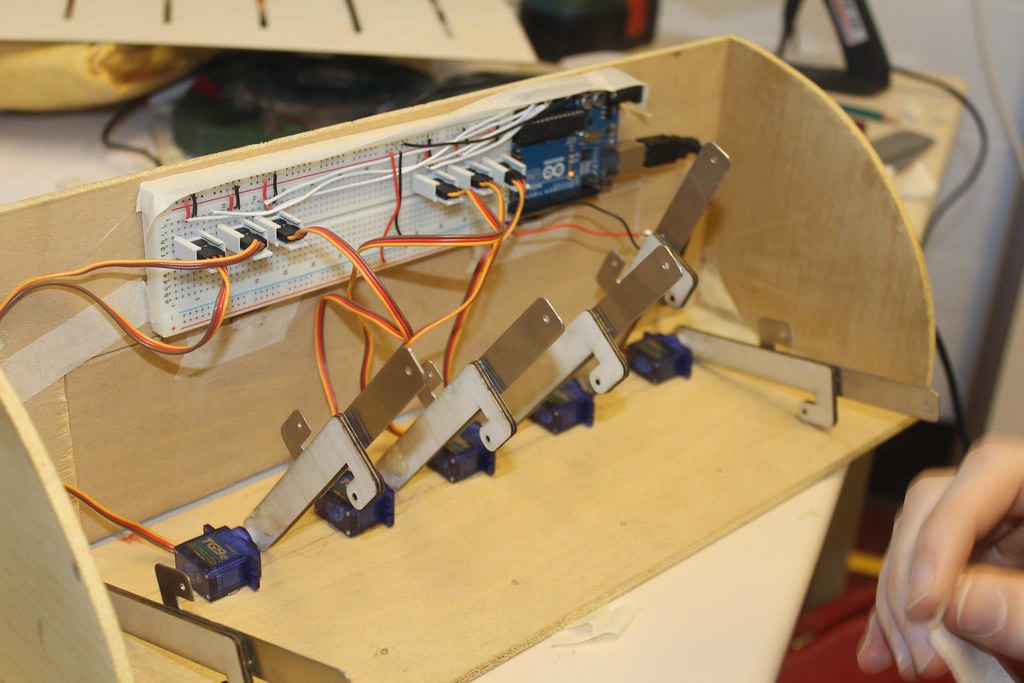 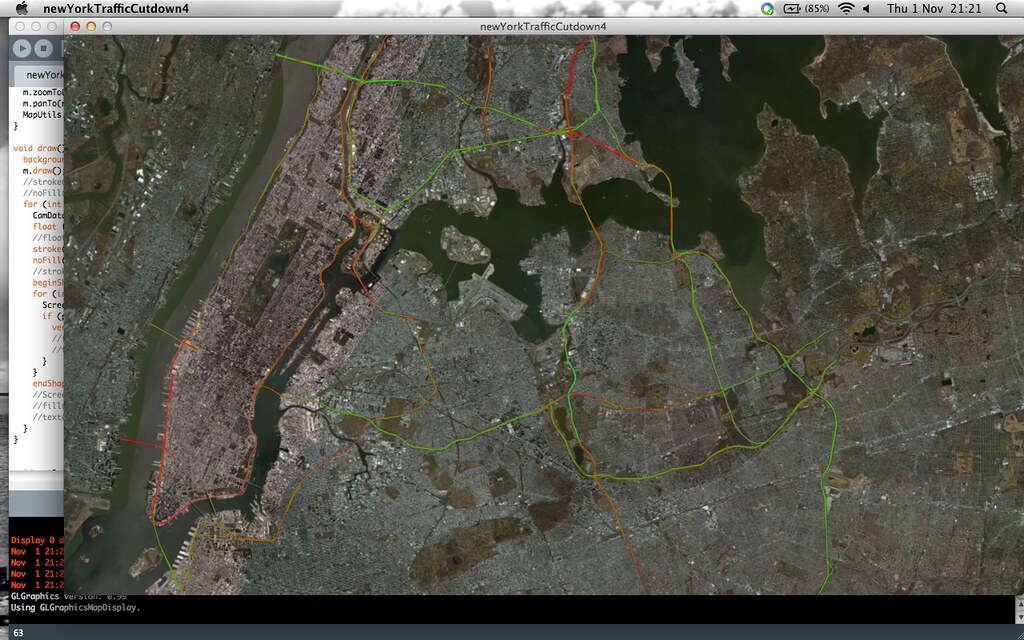