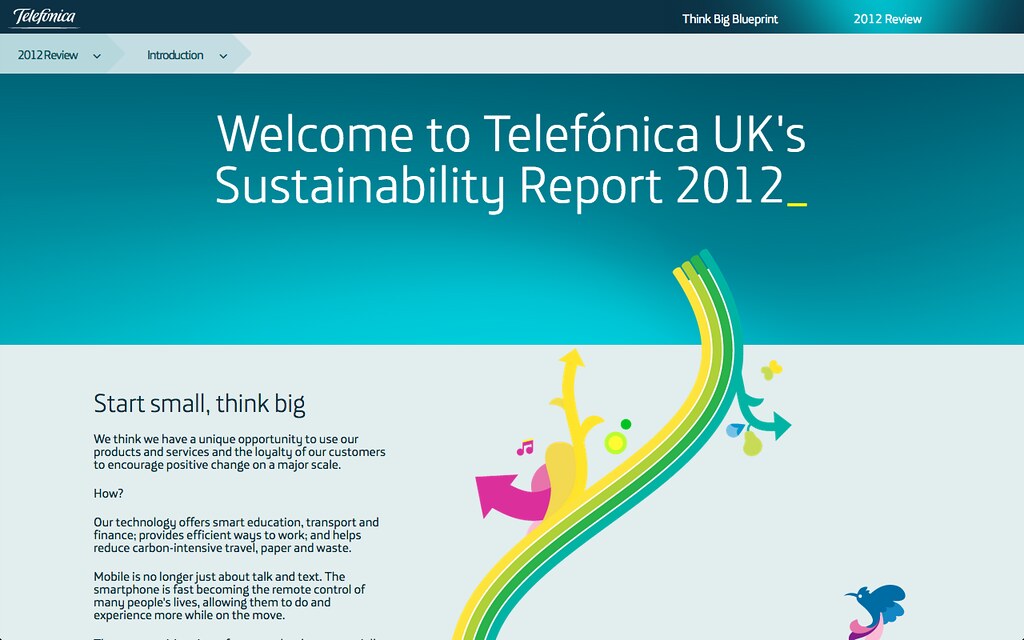 I spent three months over summer 2013 developing Telefónica UK/O2’s 2012 Sustainability Report. The team at Telefónica asked their brand guardians at Lambie-Nairn to recruit a pair of interns to build the report as an entirely digital project. I was selected as the front-end developer while Patricia Lefebure was responsible for the visual design. 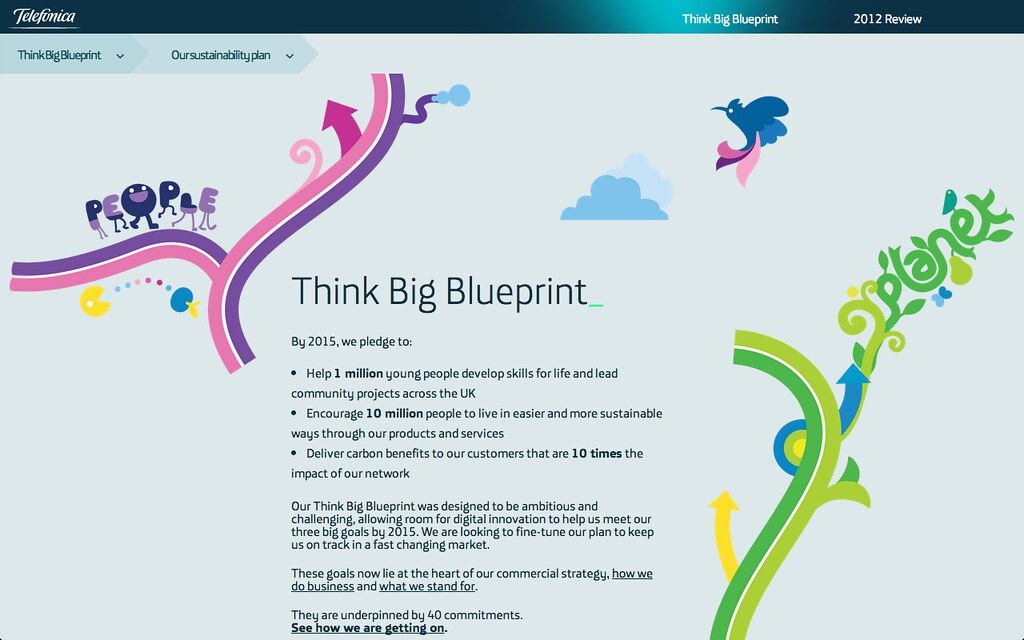 We spent some time initially getting to know the report, working out an information architecture that would work with the amount of material (over 20,000 words), generating concepts for the visual design, and prototyping some of the interactive parts, which we then presented to the senior sustainability team at Telefónica. Once they approved it, I began coding the templates while Patricia finalised the detailed designs. 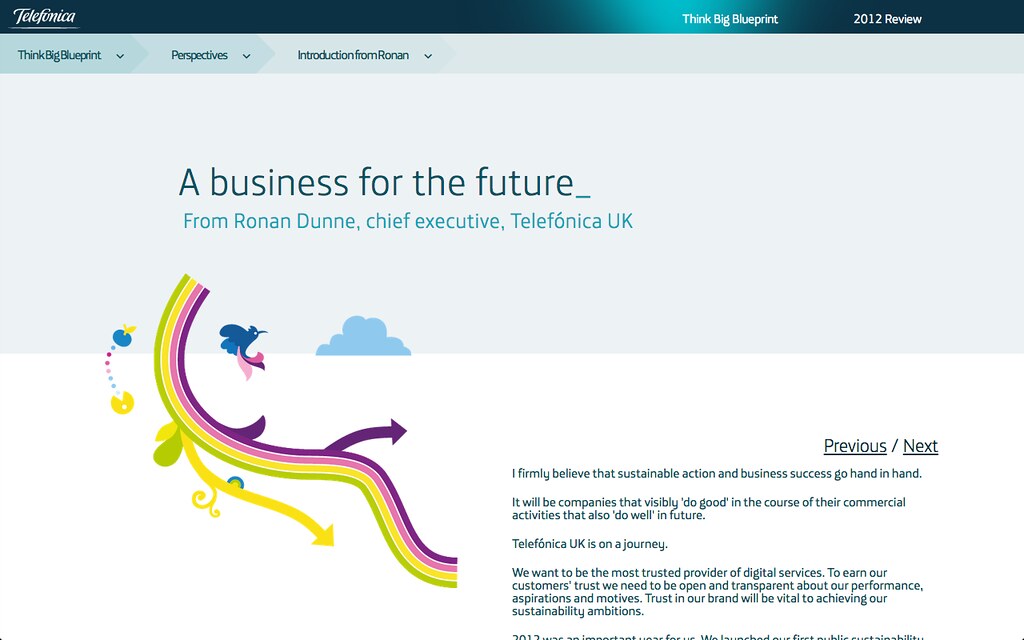 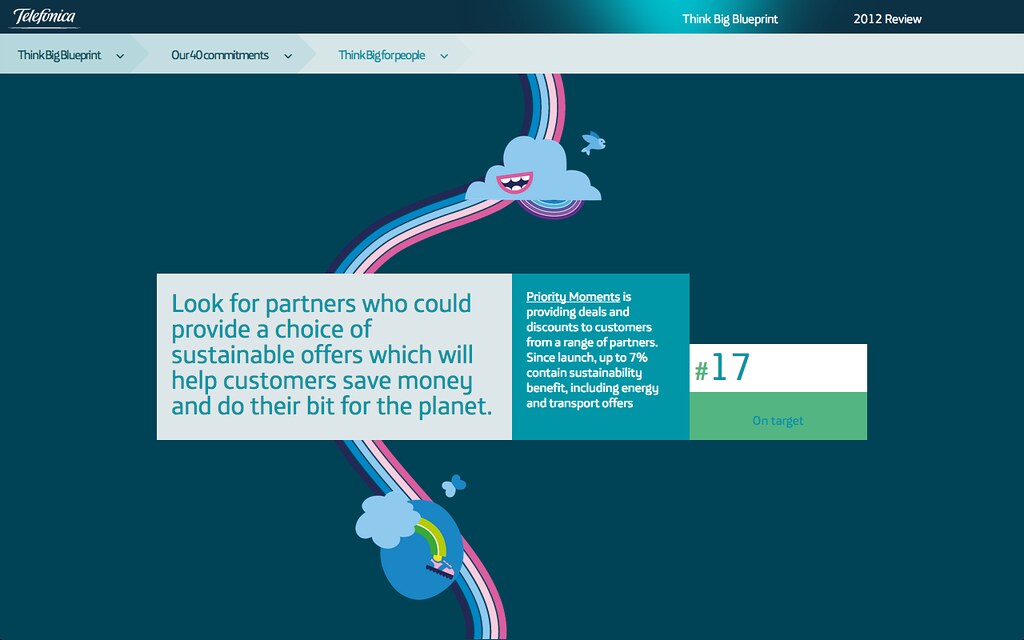 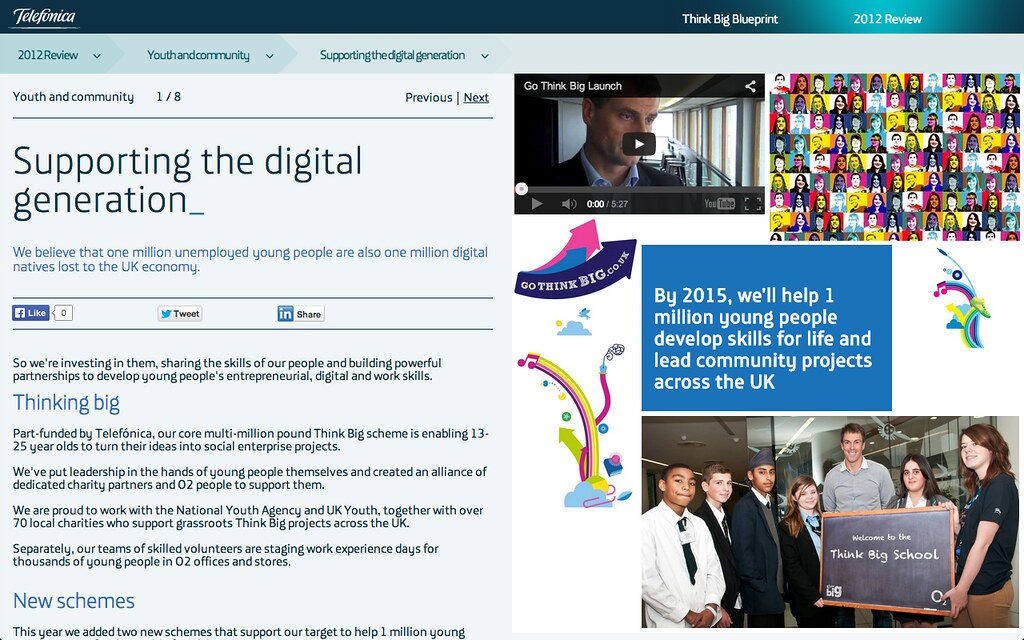 All the templates were fully responsive, which I had to adapt from the desktop designs that Patricia provided. The complexity of the designs made this quite a challenge. There were also some complicated animations to get my teeth into: one of the centrepieces of the site is the 40 Commitments, complete with a vine growing down the page and elements popping in as you scroll. Fortunately I was mentored by the experienced developers from Lambie-Nairn’s digital partners at Morph London, who also cast their pixel-perfect eyes over the templates for QA purposes. 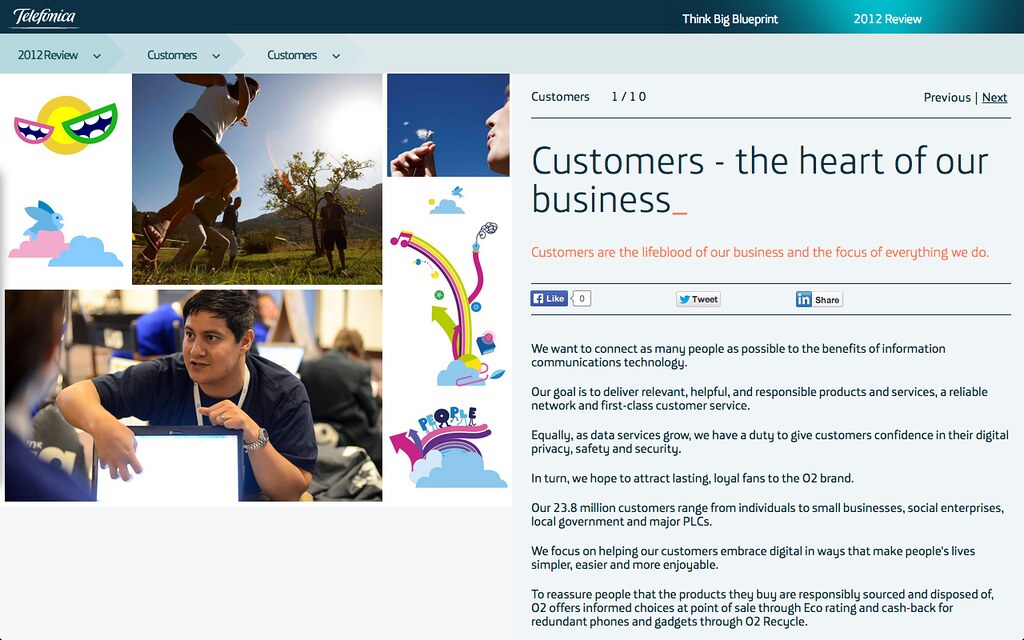 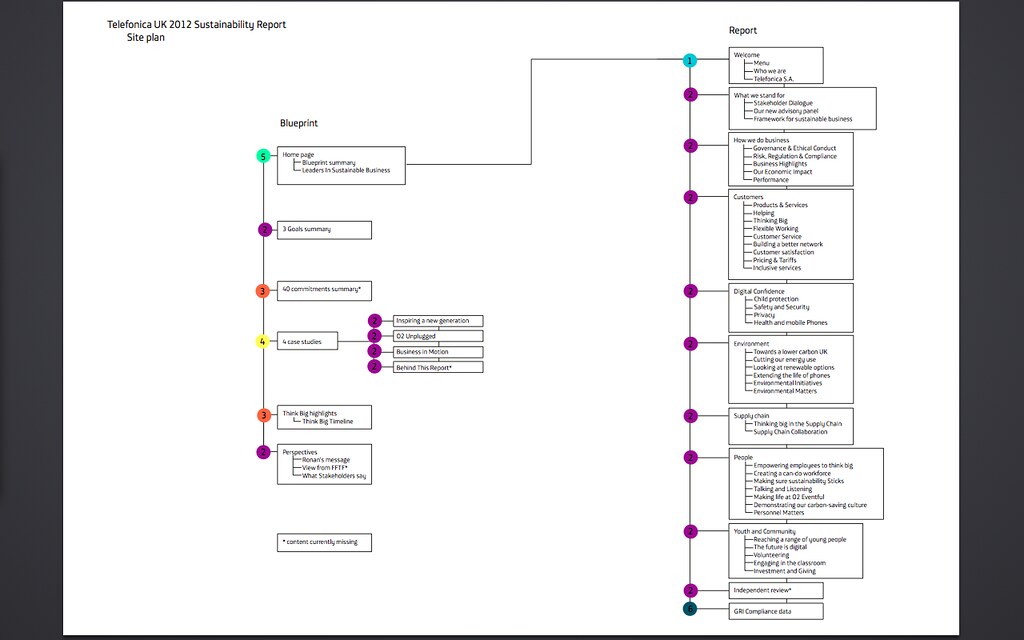 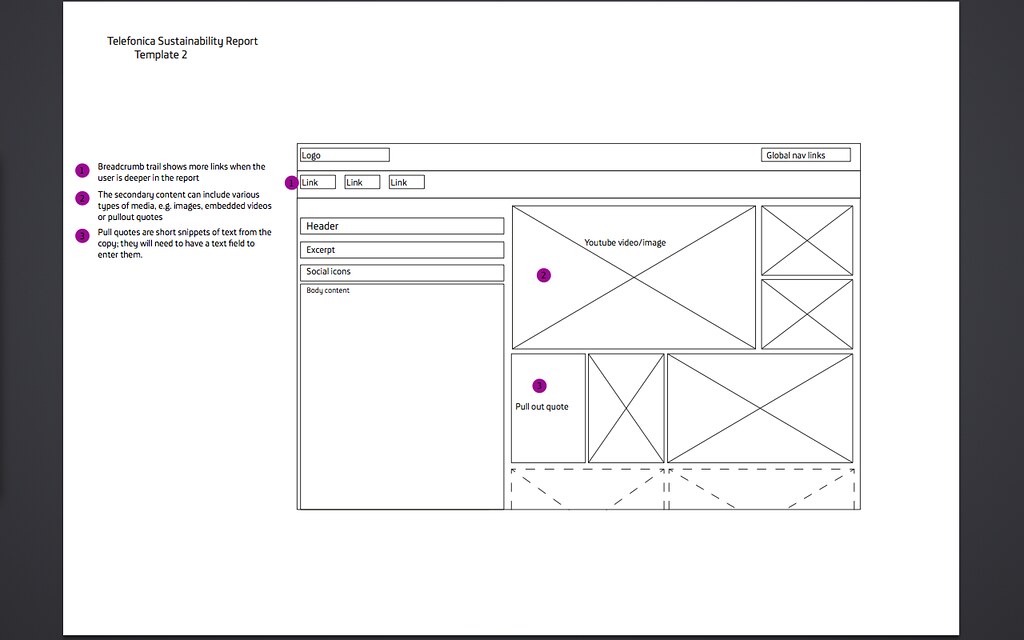