Here are some images I created for a college assignment based on nine words: ambiguity, diaphanous, condition, crash, ephemeral, loop, sequential, serendipity and utopia. All were inspired by examples from an archived Department of Transport book called "Know Your Traffic Signs", and use a version of the Transport font from CBRD.co.uk. No, I didn't know there was a website dedicated to cataloguing roads either.

I hit upon the idea of road signs while I was looking for a consistent thread to tie these ideas together; the meanings of all nine words can have so many interpretations I had to find some way to link each one without being completely literal about it. The brief suggested that the words were related to the artistic process; I guess you could see that as a journey of sorts, and these are markers to guide your path. Maybe it just appealed to my sense of humour. In any case, it is a strong and recognisable visual identity; it's ubiquity (to people in the UK at least) makes it ideal for a spot of pastiche.

From a technical standpoint, all the signs were copied from the book into Photoshop where they were "adapted", then saved as GIFs: since there are only a couple of colours in each it reduced the size of file and visual artefacts compared with using JPEGs. I considered vectorising them using Illustrator, but there didn't seem much point unless I need them printed at a large scale. 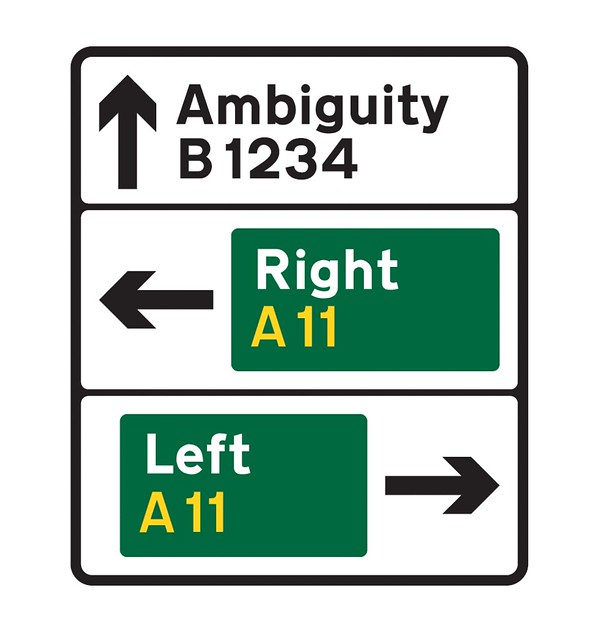 Ambiguity: Instructions which make no sense. Is one correct? Are neither? Are both? 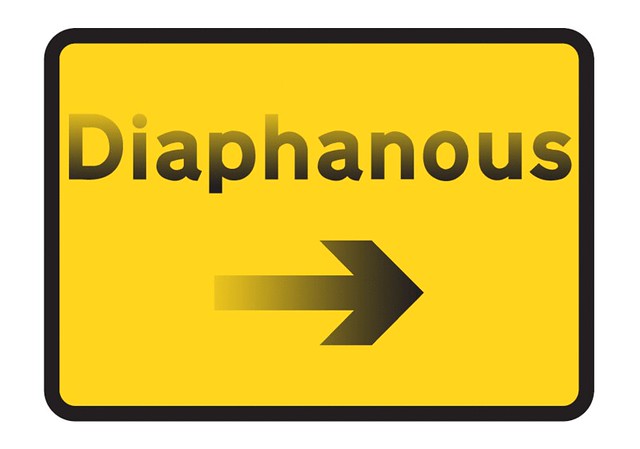 Diaphanous: You can see through it, can't you? 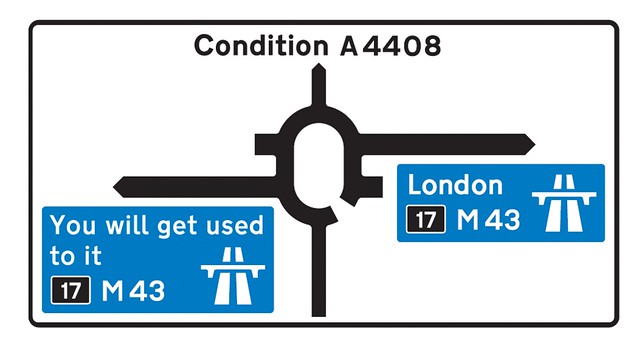 Condition: We are conditioned to a lot of strange things in this day and age. Motorways are just one of those things. 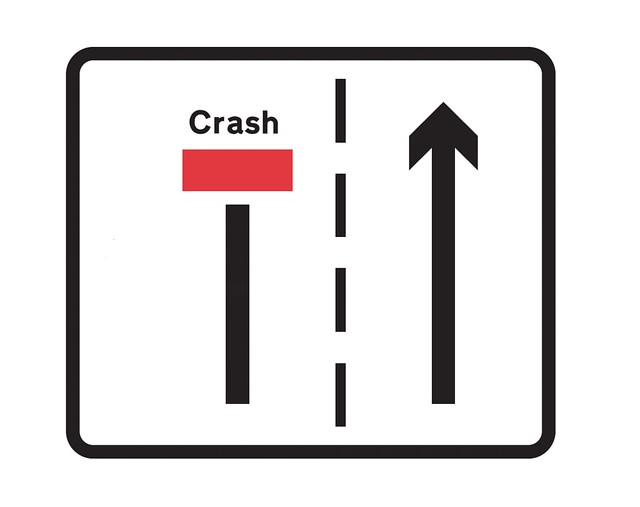 Crash: Could be handy to have a separate lane for accidents? 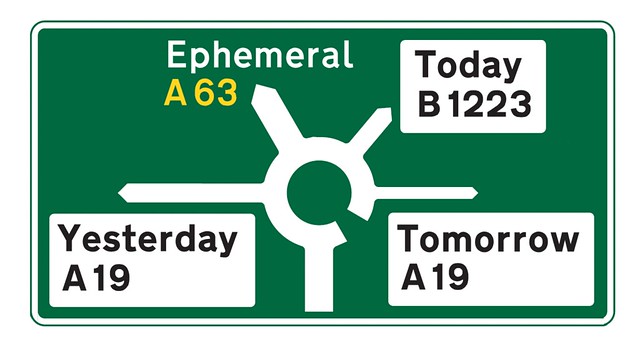 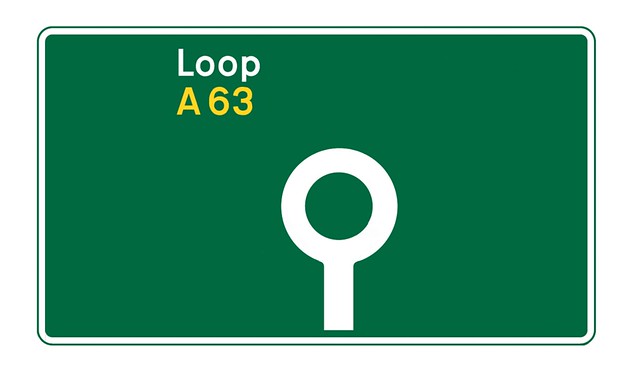 Loop: I'm not going to insult your intelligence by explaining this one. 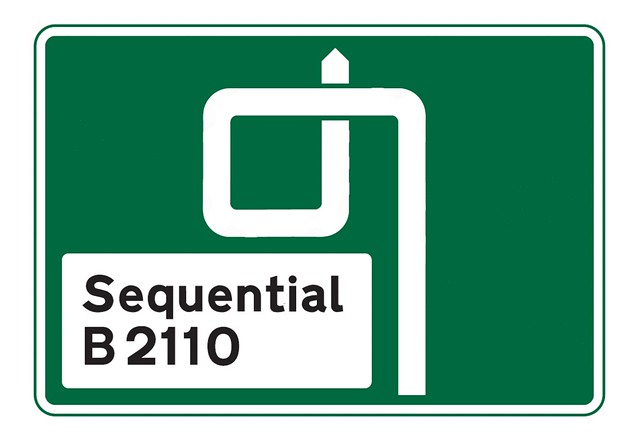 Sequential: A series of actions- no options here. 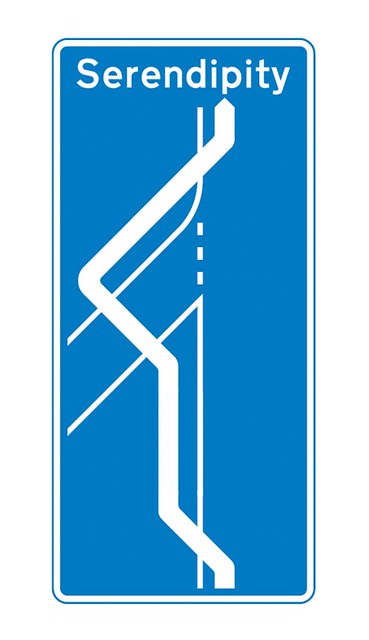 Serendipity: A long and confusing route to an unlooked for happy ending. 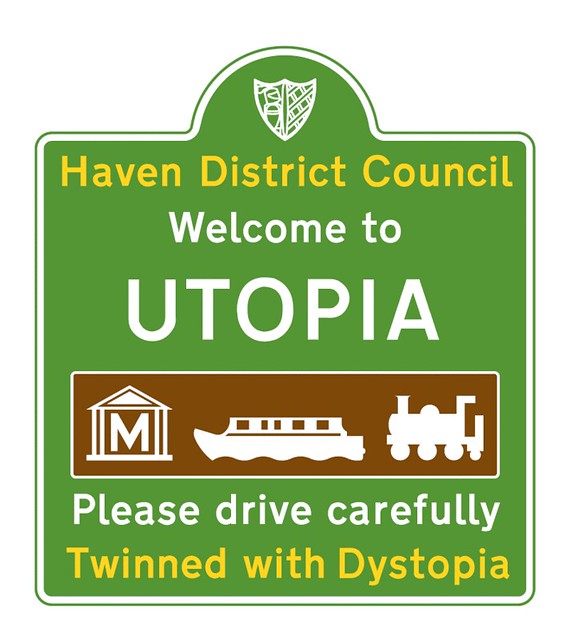 Utopia: Because obviously, any utopia will have boats. And trains.

Hopefully those will guide you on the roads. Safe journey!